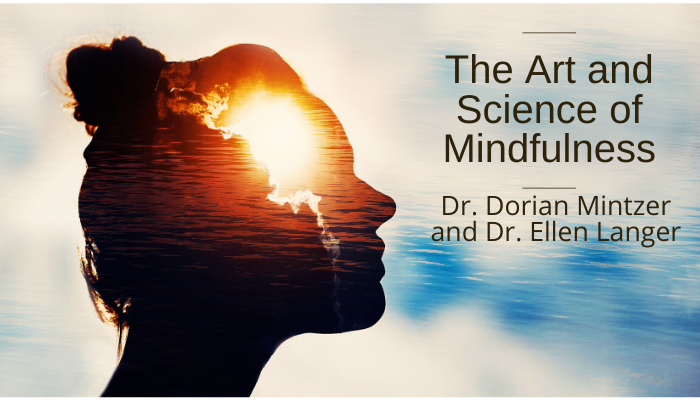 The Art and Science of Mindfulness with Dr. Ellen Langer

Living during COVID -19 is turning our familiar life and world on its head. It’s a scary and challenging time. It’s also a time that is reinforcing ageism rather than promoting intergenerational connectedness. Some of the “silver linings,” however, of this time are some resurgence of kindness and help provided to each other, like becoming more mindful about ourselves and others.

During this month’s call, we’ll be talking with Dr. Ellen Langer, who has devoted much of her adult life to issues such as mindlessness and mindfulness, decision-making, and possibilities as we age. As she has stated in a variety of her work, we’re a product of what we were told we were. When we’re uncertain, we stay mindful and open to alternatives. When we’re mindless, we’re not aware that we’re not there. So, part of the question becomes, what are ways to open ourselves to possibilities and shift from being trapped in mindlessness and open ourselves to new ways of thinking and perceiving ourselves and the world?

You will walk away with a renewed sense of competence, relaxation, and an ability to see possibilities you haven’t seen before.

Topic: The Art and Science of Mindfulness

Dr. Ellen Langer, Ph.D., is a social psychologist and the first female professor to gain tenure in the Psychology Department at Harvard University. She is the author of eleven books and more than two hundred research articles written for general and academic readers on mindfulness for over 35 years. Her best selling books include Mindfulness; The Power of Mindful Learning; On Becoming an Artist: Reinventing Yourself Through Mindful Creativity; and Counterclockwise: Mindful Health and the Power of Possibility. Her most recent book is The Art of Noticing which pairs one-liners culled from her research with her original paintings. She has also edited the Wiley Mindfulness Handbook, an anthology on mindfulness in which leading researchers integrate work derived from her western scientific theoretical base of mindfulness with research on eastern derived forms of meditation.

Dr. Langer has been described as the “mother of mindfulness” and has written extensively on the illusion of control, mindful aging, stress, decision-making, and health. Among other honors, she is the recipient of a Guggenheim Fellowship and three Distinguished Scientist Awards, the World Congress Award, the NYU Alumni Achievement Award, and the Staats award for Unifying Psychology. Most recently she received the Liberty Science Genius Award.

The citation for the APA distinguished contributions award reads, in part, “…her pioneering work revealed the profound effects of increasing mindful behavior…and offers new hope to millions whose problems were previously seen as unalterable and inevitable. Ellen Langer has demonstrated repeatedly how our limits are of our own making.”

Dr. Langer is a frequent speaker on mindfulness at academic, professional, and public events. She is also the founder of The Langer Mindfulness Institute and is a gallery exhibiting artist.

She lives in Cambridge, Massachusetts.