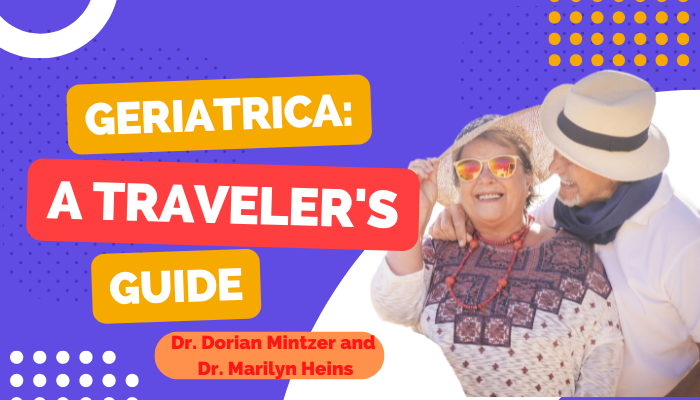 Newspaper columnist and beloved pediatrician, Dr. Marilyn Heins, MD, has fashioned a pathway through the transformative senior years of life after having entered the octogenarian years herself. Marilyn takes on her role of tour guide through this new terrain with her typical poise and acumen, while offering a healthy dose of humor. Approaching the aging journey as a landscape in an unfamiliar country, Marilyn imagines us all to be immigrants in the land of Geriatrica. During the voyage, she visits somewhat familiar, yet not-quite-known stops along the way.

In this program you'll discover: 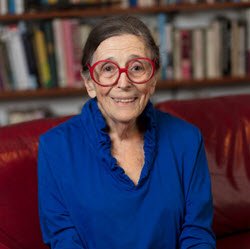 Dr. Marilyn Heins graduated from Radcliffe College (now part of Harvard University) and received her MD degree from the College of Physicians and Surgeons, Columbia University. She interned in pediatrics at New York Hospital and completed a residency in pediatrics at Babies Hospital in New York. Marilyn served as Director of Pediatrics at Detroit Receiving Hospital and Director of Project RESCAD, a federally funded program to provide comprehensive health services for medically indigent children. She was the associate Dean for Student Affairs at Wayne State University School of Medicine and Vice Dean and Professor of Pediatrics at the University of Arizona College of Medicine.

Marilyn was a member of the Editorial Board of the Journal of the American Medical Association, served on the National Board of Medical Examiners, chaired the Committee on Medical Education of the American Hospital Association, and served as the first woman Chair of the Group on Student Affairs of the Association of American Medical Colleges. She has been active in many professional and community organizations focusing on women's and children's health, parenting education, and women's issues.

Her special interests in pediatrics include helping parents and teaching health professionals how to help parents. She published 58 scientific papers and is the co-author of Child Care/Parent Care, and author of ParenTips for Effective, Enjoyable Parenting as well as A Traveler's Guide to Geriatrica.

Marilyn was the producer and host of a weekly call-in radio program called The Parenting Show, which aired on KNST, Tucson's leading talk radio station, for two years. She has written over 1,100 parenting columns for the Arizona Daily Star and continues to write.

She met her husband, a veterinarian, Dr. Milton Lipson, while on vacation in Jamaica. They moved to Tucson in 1979. They were married for 47 years until his death in 2007. Seven years ago a friend introduced Marilyn to Dr. Milt Francis, a recent widower. The two have been together ever since. She has a son and a daughter, three grandchildren, two stepsons, and three step-grandsons.

Register for the program here.