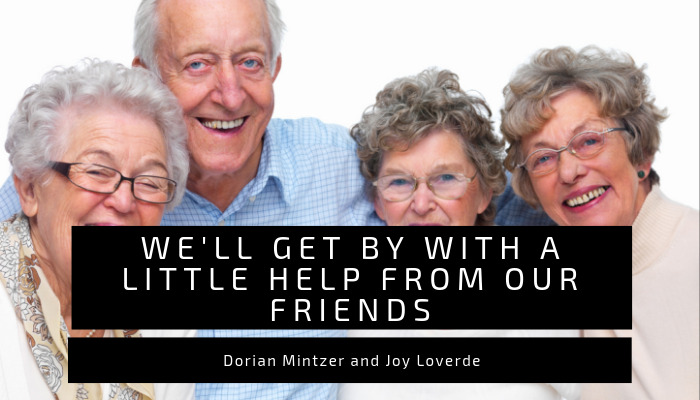 For those who have no support system in place, the thought of aging without help can be a frightening, isolating prospect. Whether you have friends and family ready and able to help you or not, growing old does not have to be an inevitable decline into helplessness. It is possible to maintain a good quality of life in your later years, but having a plan is essential. You’ll be empowered to make proactive plans for your own lives rather than entrusting decisions to family and community.

In this program, you’ll discover: 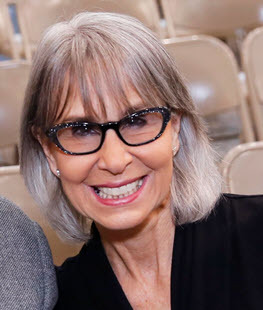 Joy Loverde has a reputation for being a path carver and a visionary when it comes to active aging. She is the author of the best-seller, The Complete Eldercare Planner and Who Will Take Care of Me When I’m Old?

Joy is an expert media source, product spokesperson, keynote speaker, and mature-market consultant. She is frequently in the news… you may have seen her on the Today Show or read about her in the Wall Street Journal.

Today, Joy is looking forward to sharing strategies on cultivating trusting and long-lasting friendships as we anticipate the need to rely more on each other as we grow older. 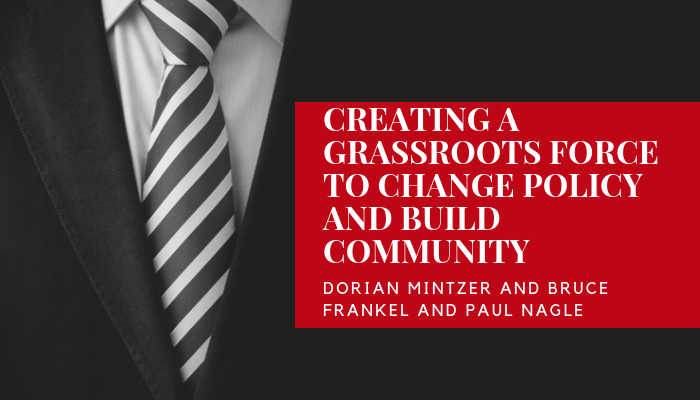 Bruce Frankel and Paul E. Nagle will discuss the creation of Stonewall Village NYC, which aims to build a movement for LGBTQ-friendly housing and an intergenerational community to protect and care for NYC’s LGBTQ elders, who are among the city’s most lonely, impoverished, excluded and threatened citizens.

About Bruce Frankel and Paul Nagle 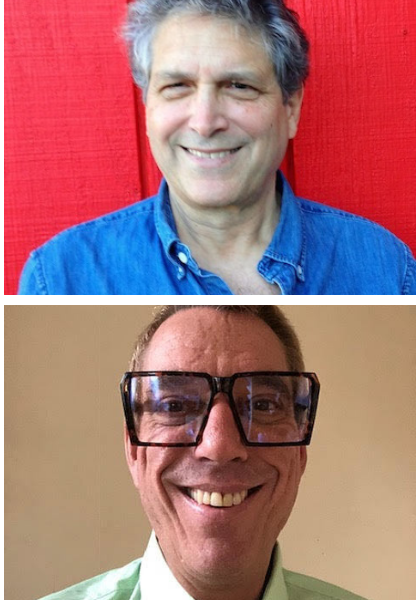 Bruce R. Frankel is a partner in Redstring, a community-building technology and business, and its chief content officer. He is also Co-President of The Life Planning Network and of LPN’s New England Chapter, and author of What Should I Do With The Rest Of My Life? as well as a co-editor of Live Smart After 50! The Experts Guide to Life For Uncertain Times. He is also a writer of World War II: History’s Greatest Conflict. Before turning his attention to issues of aging, he was a prize-winning journalist, the New York-based national reporter for USA Today and a senior writer and editor for People magazine. He earned his MFA in Poetry from Sarah Lawrence College at age 53.

Paul E. Nagle is the executive director of Stonewall Community Development Corporation, which seeks to partner with commercial developers to create affordable housing for LGBTQ elders. He is directing the creation of Stonewall Village NYC, a vibrant virtual village to support the elder LGBTQ population of New York with education-facilitation for LGBT housing opportunities, programs and services to support aging in place, health, and socialization to end isolation, and more. Paul was previously the executive director of Cultural Strategies Initiative in NYC, and director of communications and cultural policy for a member of the NYC Council. He has a background in international cultural policy, which he studied at NYU.

Listen to the replay at https://instantteleseminar.com/Events/108274098 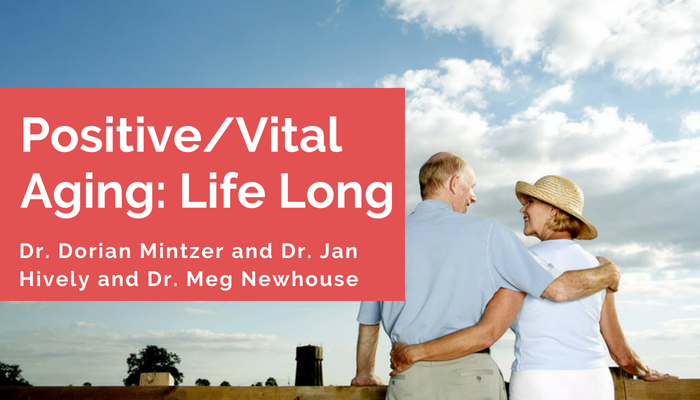 People have been talking about “The Positive Aging Movement” for more than a dozen years, particularly since the first conference in 2007, when the oldest Boomers were turning 61 and approaching the “traditional” retirement age. With a longer life expectancy, notions about aging have been shifting. This year the oldest Boomers are turning 72, and the youngest is now turning 54. We’re witnessing the “graying” of our population. In this interview, we’ll focus on a broad view of the Positive Aging Movement: How it started, how it’s been changing, what it’s accomplished, and where it’s going.

Join the conversation as Dr. Dorian Mintzer explores these issues with the movement veterans Dr. Jan Hively, educator, speaker and serial entrepreneur and Dr. Meg Newhouse, author, educator and coach. From this presentation/conversation, you will:

The discussion will be continued on the Boomers and Beyond SIG (Special Interest Group) at noon eastern time (6:00 am Hawaii, 9:00 Pacific, 10:00 Mountain and 11:00Central) on Tuesday, September 4th. You don’t need to sign up for the SIG–just plan to call in at 1 425-440-5100, pin 555036# and be part of the conversation. It will be an interactive call. We’d like to learn from you–what would you add? What facet of the Positive Aging Movement draws you most? 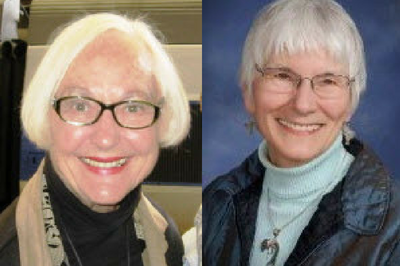 Jan Hively describes herself as an “Encore Entrepreneur.” In Minnesota, after a career in city planning and administration, Jan Hively earned her Ph.D. in 2001 at age 69 with a dissertation on “Productive Aging in Rural Communities.” Since then, she has focused on transforming expectations for aging — realizing the potential for positive aging based on twenty-first-century trends and research.

Jan has co-founded several thriving networks that support positive aging, including the Vital Aging Network, the SHIFT Network, and a global program exchange, the Pass It On Network. As a Purpose Prize Fellow, she is an internationally-known presenter and consultant for programs that engage older adult leadership and support “meaningful work, paid or unpaid, through the last breath.” Jan’s academic degrees were earned at Harvard University and the University of Minnesota.

In both her professional and personal life, Meg Newhouse has sought to call out “passion and purpose” in her students, coaching clients, and even friends/colleagues. For nearly 25 years she has been centrally involved in what could be called the Positive Aging movement, as a post-mid-life coach, workshop facilitator, consultant and author.

In 2002 she founded and co-led the Life Planning Network, a national community of professionals committed to a holistic model for helping people thrive in the second half of life; more recently she has been engaged with the Conscious Elders Network from its early stages. Meg has helped plan five Positive Aging conferences and has written three how-to books, as well as co-edited LPN’s Live Smart After 50. In the past few years, she has focused on later life and legacy, represented by her book, Legacies of the Heart: Living a Life That Matters.

Meg has many other passions––foremost, her family (including 4 grandchildren) and friends, but also including music (as a serious amateur flutist), yoga, nature, the state of the nation and world, and all kinds of learning and personal/spiritual growth. She lives in the Boston area with her husband of 50 years.

For the replay, visit https://InstantTeleseminar.com/Events/108273846 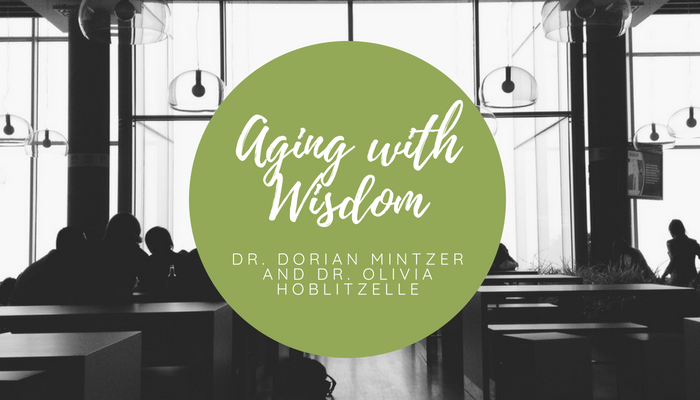 How do we find meaning and beauty in aging, and how do we respond to living in an age-phobic culture? This month’s presenter, Dr. Olivia Hoblitzelle. gets to the heart of the matter by providing examples from her own experience as well as from varied wisdom traditions and cultures that revere elders.

You’ll get the information you need about how to age consciously.

Dr. Olivia Hoblitzelle, writer and teacher, taught in the field of behavioral medicine where she pioneered the integration of meditation, yoga, and 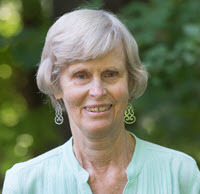 For many years she taught a course on conscious aging and mindfulness meditation. Her bestselling book, Ten Thousand Joys & Ten Thousand Sorrows: A Couple’s Journey Through Alzheimer’s, won many awards and was translated into four languages. Her most recent book is Aging with Wisdom: Reflections, Stories & Teachings, a finalist for Foreword’s “Indies Book of the Year” award.

For the replay, visit https://instantteleseminar.com/Events/108273783.