All Posts by Dorian Mintzer 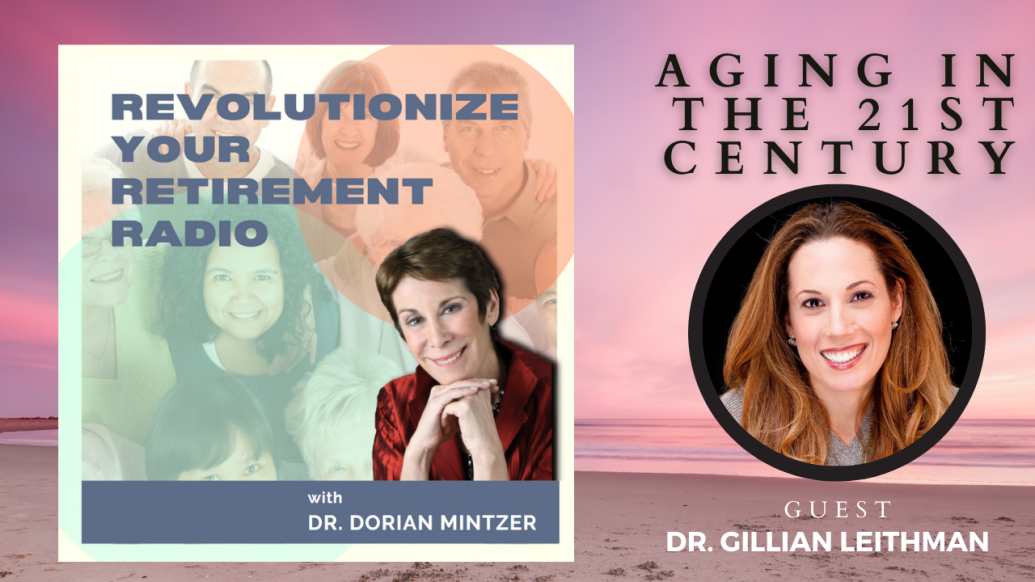 Aging in the 21st Century with Dorian Mintzer and Dr. Gillian Leithman

In her talk on the work motivation of mature workers, Dr. Gill will discuss what older workers want out of work as they transition into the second half of life. Based on her research, which is part of her Ph.D. thesis, she will discuss how people determine whether they should continue to work beyond age 65 or retire. She'll also focus on the importance of achievement as people age. Lastly, Dr. Gill will share her findings regarding “generativity,” its importance for an organization's competitive advantage, and why it requires a work environment that nurtures and values expertise.

In this episode, you'll discover:

Dr. Leithman is best known for her pre-retirement seminars, which focus on the psychological and social aspects of retirement planning to ensure a smooth and fulfilling transition. When she is not facilitating seminars, she teaches in the management faculty at the John Molson School of Business, where she is an Assistant Professor. Her research focus encompasses the career motivation of older workers, the retirement transition process, age-friendly workplaces, and knowledge-sharing cultures.

Her research has been featured at the Canadian Psychological Association, the Ontario and Canadian Gerontological Associations, and The Canadian Council for Small Business and Entrepreneurship. She has twice received the Best Paper Award from the Administrative Sciences Association of Canada. She has also been featured in the Montreal Gazette, Reader's Digest, and the National Post and has been a guest on the Tommy Schnurmacher radio show and on CBC.

Dr. Leithman is the founder of Rewire to Retire and Life Skills Toolbox.

Get in touch with Gillian Leithman: 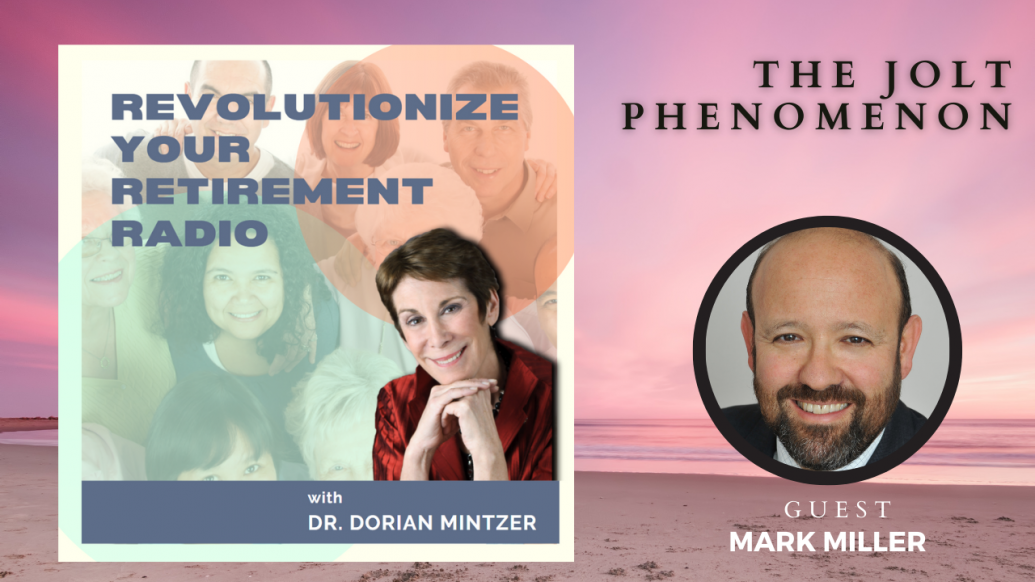 The Jolt Phenomenon with Dorian Mintzer and Mark Miller

Jolts can derail us – or they can propel us into reclaiming and remaking our lives. They prompt us to ask questions about our values and purpose.

Psychologists have been studying this phenomenon for some time; one research team at the University of North Carolina Charlotte back in the mid-1990s named the phenomenon “post-traumatic growth” (PTG). Since then, PTG has emerged as an important field of study for psychologists and social scientists.

For over a decade, Mark Miller has researched and written about what motivates people to reinvent their lives. He is a nationally recognized expert on retirement and aging; he writes a column for Reuters and contributes to The New York Times and other national news outlets.

Mark is the author of Jolt: Stories of Trauma and Transformation, which tells the stories of people transformed by growth following trauma, and the new paths they pursue.

Some are on missions to help others or to make things right in the world, while others embark on new careers. Some people simply find that their relationships grow deeper or seek a stronger spiritual dimension in their lives. 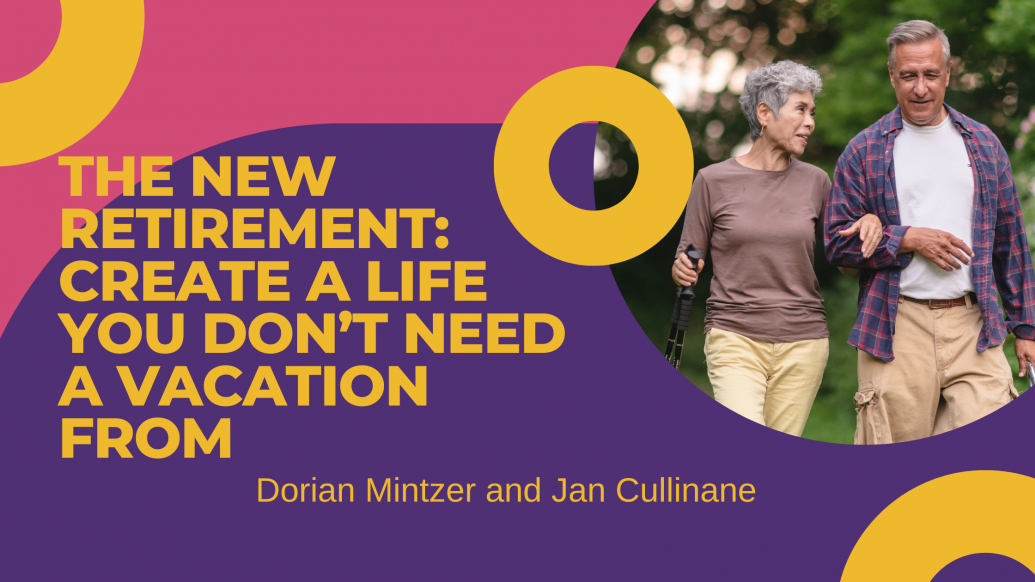 The New Retirement: Create a Life You Don’t Need a Vacation From with Jan Cullinane

Ten thousand people are turning 65 every DAY, and by 2030, all Boomers will be at least 65. Are you ready for retirement? Here are some things to consider:

Topic: The New Retirement: Create a Life You Don’t Need a Vacation From 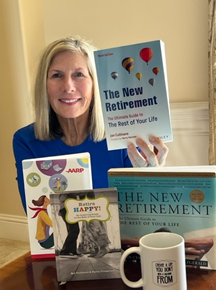 Jan Cullinane is a recognized expert on holistic retirement. Her books include two previous editions of the best-selling The New Retirement: The Ultimate Guide to the Rest of Your Life, the award-winning The Single Woman's Guide to Retirement, and Retire Happy. She is the Healthy Living columnist for ideal-LIVING magazine and a contributor to Everybody Has a Book Inside of Them and The Weekend Book Proposal.

Jan has given numerous presentations about retirement. Her clients include AARP, The Smithsonian, In-N-Out Burger, Wells Fargo Advisors, and the U.S. Federal Government, among others. She is frequently interviewed for print and online media, and has appeared on national and local TV and radio shows.

Her educational credentials include a B.S. and an M.Ed. from the University of Maryland, and an ABD from Rutgers, The State University of New Jersey. She lives in Palm Coast, Florida with her husband Roger, has three married children, five adorable grandchildren, and sincerely believes these years are the best years if you're prepared. And, she can speak backwards fluently!

Register for the program here. 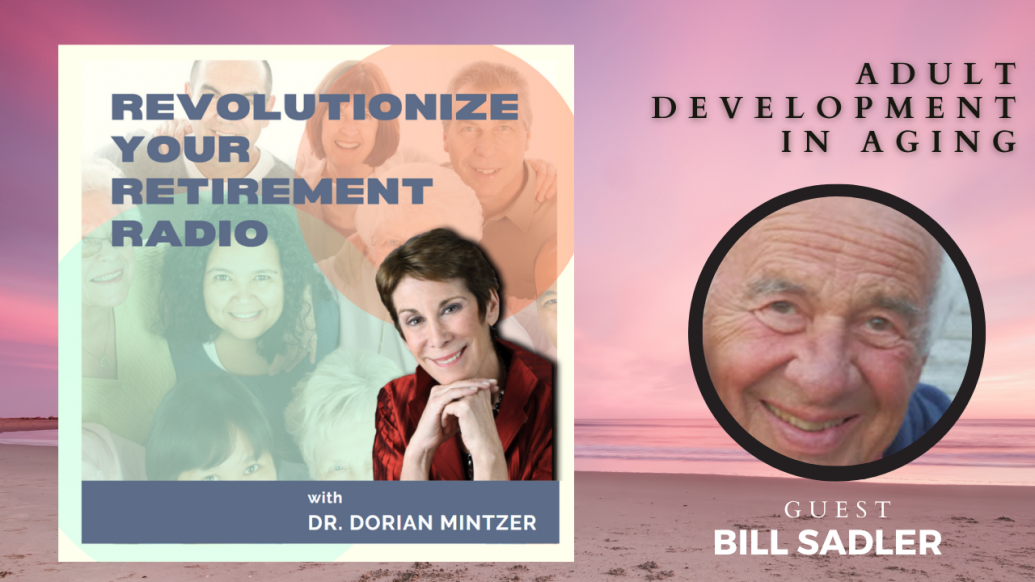 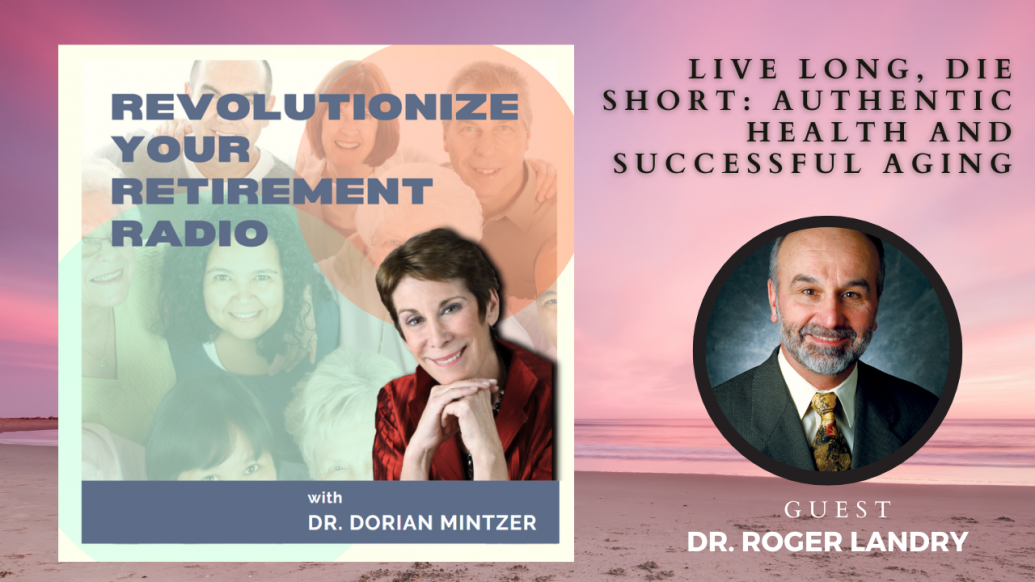 Dr. Roger Landry, MD, MPH, is a retired, highly decorated full colonel, former chief flight surgeon at the Air Force Surgeon General's Office in Washington, and preventive medicine physician who has spent over a decade smashing stereotypes of aging and redefining the possibilities of older adulthood.

He has conducted extensive practical research on the influence of lifestyle on the aging process and compiled his findings in his book Live Long, Die Short: A Guide to Authentic Health and Successful Aging, which AARP has endorsed, was a top pick by MORE magazine, and received gold award honors by Living Now Book Awards.

During today's episode, Dr. Landry will be discussing:

Dr. Roger Landry is a preventive medicine physician, author of award-winning Live Long, Die Short: A Guide to Authentic Health and Successful Aging, and President of Masterpiece Living, a group of multi-discipline specialists in the field of aging who partner with organizations to assist them in becoming destinations for continued growth and Centers for Successful Aging. Trained at Tufts University School of Medicine and Harvard University School of Public Health, Dr. Landry specializes in building environments that empower older adults to maximize their unique potential. For well over a decade, Dr. Landry has focused his efforts on older adults as a lecturer, researcher, consultant, and author.

Get in touch with Roger Landry: