The Making of a Modern Elder

Join Us On This Webinar and Discover How  Companies Are Waking Up to the Value of the Humility, Emotional Intelligence, and Wisdom That Come with Age 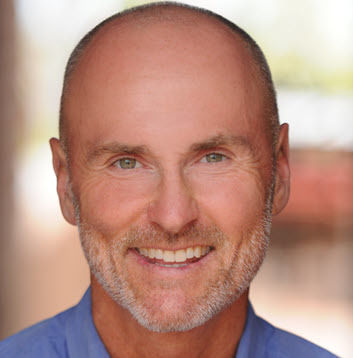 At age 52, after selling the company he founded and ran as CEO for 24 years, rebel boutique hotelier Chip Conley was looking at an open horizon in midlife. Then he received a call from the young founders of Airbnb, asking him to help grow their disruptive start-up into a global hospitality giant. He had the industry experience, but Conley was lacking in the digital fluency of his 20-something colleagues. He didn't write code, or have an Uber or Lyft app on his phone, was twice the age of the average Airbnb employee, and would be reporting to a CEO young enough to be his son. Conley quickly discovered that while he'd been hired as a teacher and mentor, he was also in many ways a student and intern. What emerged is the secret to thriving as a mid-life worker: learning to marry wisdom and experience with curiosity, a beginner's mind, and a willingness to evolve, all hallmarks of the "Modern Elder."

In a world that venerates the new, bright, and shiny, many of us are left feeling invisible, undervalued, and threatened by the "digital natives" nipping at our heels. But Conley argues that experience is on the brink of a comeback. Because at a time when power is shifting younger, companies are finally waking up to the value of the humility, emotional intelligence, and wisdom that come with age. And while digital skills might have only the shelf life of the latest fad or gadget, the human skills that mid-career workers possess--like good judgment, specialized knowledge, and the ability to collaborate and coach - never expire.

Conley ignites an urgent conversation about ageism in the workplace, calling on us to treat age as we would other type of diversity. In the process, Conley liberates the term "elder" from the stigma of "elderly," and inspires us to embrace wisdom as a path to growing whole, not old. Whether you've been forced to make a mid-career change, are choosing to work past retirement age, or are struggling to keep up with the millennials rising up the ranks, Wisdom@Work will help you write your next chapter.

Chip Conley is a New York Times bestselling author and the hospitality maverick who helped Airbnb's founders turn their fast-growing tech start-up into a global hospitality brand. In Wisdom@Work: The Making of a Modern Elder, he shares his unexpected journey at midlife - from CEO to intern - learning about technology as Airbnb's Head of Global Hospitality and Strategy, while also mentoring CEO Brian Chesky. Chip is the founder of the Modern Elder Academy, where a new roadmap for midlife is offered at a beautiful oceanfront campus in Baja California Sur, Mexico. He serves on the board of Encore.org and the advisory board for the Stanford Center for Longevity.

To register for the webinar, fill out the form on the right side.